First Airbus A350 XWB for Thai 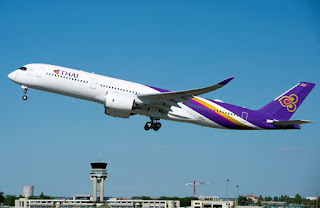 Thai Airways International has received its first Airbus A350-900 XWB on 30th August 2016. The airline is the eighth operator of the new Airbus widebody type.

Email ThisBlogThis!Share to TwitterShare to FacebookShare to Pinterest
Labels: A350, A350 XWB, A350-900, Airbus, Thai, Thai Airways, Thai Airways Interntional 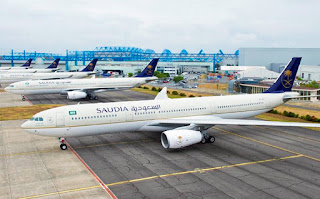 Saudi Arabian Airlines, has taken delivery of its first A330-300 Regional. Saudia is launch customer for this new version of the A330. The airline has ordered 20 aircraft of the type.

First Qatar A350 flight to Frankfurt 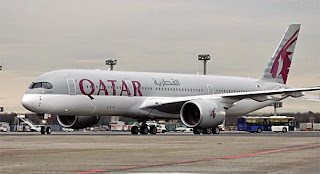 Qatar Airways performed the inaugural flight with the Airbus A350 XWB from Doha to Frankfurt on 15 January. The Qatar Airways A350 will be flying daily on the DOH-FRA route with 283 seats (36 business and 247 economy class) on board.

Air Europa has placed an order for 14 Boeing 787-9 Dreamliners. The order was already booked in December 2014 and was previously attributed to an unidentified customer on the Boeing Orders & Deliveries website.

Airbus has flown the first 242 tonne Maximum Take-Off Weight (MTOW) variant of the A330-300 for the first time on Monday 12 January. The maiden flight, departing from Toulouse Blagnac Airport, lasted 3 hours and 30 minutes.

Email ThisBlogThis!Share to TwitterShare to FacebookShare to Pinterest
Labels: 242 tonne, A330, A330-300, Airbus, Delta 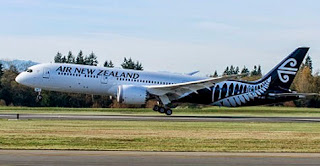 The order will increase the airline's fleet to a total of 12 787-9s, which will operate alongside 15 777-200ERs (Extended Range) and 777-300ERs. Air New Zealand is the launch customer of the 787-9 and currently operates three of the aircraft in its fleet.

Boeing has delivered the first Boeing 787 Dreamliner to Royal Air Maroc. The airline will be the first carrier in the Mediterranean region to operate the 787.

The airplane, a 787-8, was deliverd to the airline on 31 December and arrived in Casablanca during the last weekend. Royal Air Maroc's current fleet comprises nearly 50 Boeing airplanes, including 767-300 and 747-400 widebodies.

The airplane is the first of the 71 Dreamliners that the national airline of the United Arab Emirates has on order which includes 41 787-9s and 30 787-10s. Etihad Airways will also be the first airline in the Middle East to operate the 787-9.

The aircraft will be first used on routes to cities such as Dusseldorf, Washington D.C., Mumbai, Brisbane and Moscow.

The colours are reminiscent of the desert landscape, inspired by the culture, Islamic design and architecture motifs of the United Arab Emirates. 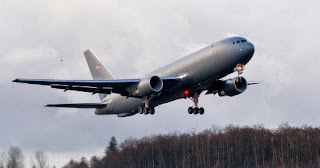 Boeing and the U.S. Air Force say to have made a successful first flight with the KC-46 tanker aircraft. The plane, a Boeing 767-2C, took off from Paine Field, Washington for a three hours and 32 minutes flight. 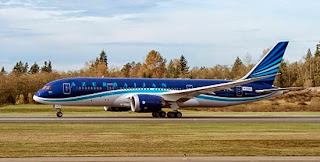 Azerbaijan Airlines has taken delivery of its first Boeing 787 Dreamliner today. The national airline of Azerbaijan becomes the first airline in the Commonwealth of Independent States to operate the 787. 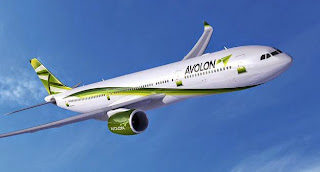 Avolon became one of the launch customers of the A330neo after signing its initial commitment in July 2014 at the Farnborough International Airshow. The number of firm orders for the A330neo is now well over one hundred aircraft. (Image: Airbus)

Email ThisBlogThis!Share to TwitterShare to FacebookShare to Pinterest
Labels: A330, A330neo, Airbus, Avolon 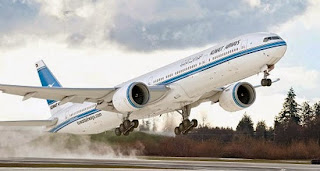 "Kuwait Airways has plans to renew its fleet as well as expand its operations and the 777-300ER is a perfect airplane for our strategy," said Rasha Al Roumi, Kuwait Airways CEO. (Image: Boeing)

From mid-January the aircraft will begin flying to Frankfurt. As soon as more aircraft are delivered, Qatar Airways will fly them to the United States, Asia and more destinations in Europe. At the end of November 2014, the A350 XWB had won 778 orders from 41 customers worldwide.

Email ThisBlogThis!Share to TwitterShare to FacebookShare to Pinterest
Labels: A350 XWB, A350-900, Airbus, Qatar Airways 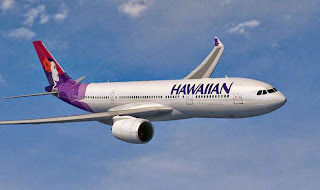 Hawaiian Airlines has finalised an order for six Airbus A330-800neo aircraft for which it signed a Memorandum of Understanding (MOU) in July of this year. 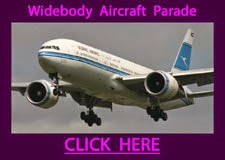 Pictures of widebody aircraft in new colors found on the internet.